Over the last three months I’ve travelled across a broad swathe of India, and as I near the end of my tour I’ve tried to assimilate my experiences of people and place to come up with some kind of definition of India, or at least being Indian.


And I’ve come to the conclusion that this is an impossible task. India rather like quantum mechanics defies the laws of sensible definition and of common sense. It seemingly exists in multiple states simultaneously: fierce heat and penetrating cold, fabulous wealth and hopeless poverty, fertile jungles and barren desert, pristine and polluted, immensely spiritual and excessively material, compassionate and cruel, simply honest and devilishly devious. It is all of these, and everything in between, it’s a sense of hope, dynamism, and a weary acceptance that can seem as tolerant as the placid cows which plod through the streets, gently snuffling and nosing into every nook and cranny.

There is an obsequious prostration before bureaucratic power, and its piles of paperwork. A multiplicity of men doing a single mans job. Indians can define and divide themselves in any number of combinatory ways. By religion (and for Hindus even by God worshipped), caste, region, class, language, job, family status, wealth/income, family name, or political bent. And even so they share one soul.

Travelling from North to South one cannot avoid being struck by differences in skin colour, clothes, language, weight, and even personality. The ‘national’ language Hindi is apparently spoken by less than 20% of the population (as a first language/mother tongue). Within this incredible sphere of difference, of spectrum spread, there are always at least a few common points of resonance which bind geographic or ethnic neighbours. And in a country where tolerance and tragedy are separated by a silken thread, incredibly peaceful (at least most of the time).

In the last decade, the politics of difference (Hindu nationalism) has raised its ugly head. India is clearly a country of God, but since her independence she has remained fiercely secular. But now self interest, and the wealth, status, and influence that political power brings is proving to be a splintering force, dividing not unifying.

This kind of politics is defined by difference and grasping, as opposed to the bind and build approach of previous decades. Yet it does have the benefit of catalysing real change, introducing competition and choice into the ossified, bureaucratic, and corrupt, arteries of power.

I have seen and experienced just a little of the best and worst of India. From the honest, friendly, beaming smiles, of clean Fort Kochin (Cochin) in Kerala, South India. To the pushy, piss smelling, rip off merchant filled city of Jaipur, Rajasthan, North West India. The warm, welcome of people on long train journeys, to the cold, dishonest, meanness of tourist touts and riskshawallahs. I’ve ridden on many forms of transport, Elephant, Camel, Horse, bus, auto-rickshaw, cycle rickshaw, vikram, rick-bus, train, car, scooter and two decidedly sore feet. I’ve patted cows and donkeys, seen monkeys, eagles, giant squirrels, fat pampered pooches and thin mangy street
curs. I’ve seen rich men in blue Bentleys pull up to men with no legs in home made tri-shaws. I’ve been lost, tired, hungry, angry, and frustrated as well as refreshed, well fed, happy, peacefully enlightened and on the right path. For some, India allows you to be anything you want to be.

All of this makes it impossible to define India, at least in any meaningful way without an endless list of caveats and exceptions. Perhaps it’s easier to define India by how it differs from the West?

In India spirituality pervades every day life. In the West, where spirituality does exist, it’s generally separated, compartmentalised from an individuals day-to-day doings, restricted to perhaps a trip to a yoga class or even a church. I can’t think of anywhere else in the world where one can find a daily double page centre spread discussion on life, philosophy, religion and enlightenment – and this in one of the most respected national broadsheets (The India Times). This integration of spirituality into the very fabric of society is perhaps the greatest strength of India and her people.

The other notable difference is in the structure of the family unit. In my whole life I’ve not come across as many happy children and well adjusted adults. I believe this is (in part) due to the extended family, where unconditional love is provided by Grandparents, Aunts, Uncles, and Cousins who live under the same roof or very close by. In the west if your parents or relationship with siblings is F****D up your doomed (at least to therapy). In India you’ve got other sources of love, and just as important, support. You don’t feel alone, your life is more secure, it’s mapped out.
* (There is of course an obvious downside to all this.)

In the West individuals and groups can be neatly compartmentalised into groups according to psycho demographic characteristics (age, income, newspaper read, post-code etc) In India the spread (and disparity) in characteristics is considerably larger, the differences between people more notable, and the chances for conflict or separation more pronounced. In order to survive , India (at least compared with the West) has an incredible degree of tolerance. In a country whose poor still vastly outnumber the middle class or ‘wealthy’ you’d expect some kind of socialist uprising, Where Hindu’s dominate over 80% of the population you’d not expect a Sikh prime minister, Muslim president, or a unified national political party.

Finally I’ve yet to meet and Indian that is not led by his (or her) big, fat, hopelessly romantic heart. There is a peculiar mix of naivety, optimism, and hope which is distinctly Indian. You only have to watch three randomly selected Bollywood movies to see the key themes which exist in the Indian psyche. Unlike in the West there is little cynicism, or overt idealism in the general population.

I’m not trying to paint India as some kind of Nirvana. The above list is a gross generalisation, not everyone is like that. There are very real problems here. Corruption, the abuse of power, poor property and other legal rights, poverty, lack of access to clean water, and other basic amenities like health care, schools for youngsters etc.

In the primordial soup that is India, the strong thrive and the weak exist. Everyone is trying to get ahead, alongside other world spirituality is an unmistakable this world materialism. For Indian families education is the surest means to get ahead, which explains the importance NRI’s (non-resident Indians) place on their children excelling at school. And why there are so many Indian professionals (Doctors, Lawyers, Accountants, web consultants…) in the West.

Right now Indians feel that India is on the cusp. The Indian press have dubbed it ‘India poised’. It’s certainly true and for those who can stomach it, it’s a land of opportunity. Goods and services catering to the middle class are exploding here. It’s certainly worth a carefully placed investment opportunity with a wiley Indian partner.

Anyway, you could pick as many holes in my propositions as there are Indians in the world (and you can do that using the comments form below). But before I finish, here are some ‘facts’.

And last but not least I am Indian by blood. Many of the characteristics I have described apply to me and some of my very good Indian friends. So there is something personal in the above list also.

So that’s the end of my first essay, and foray away from simple travel bulletins. What did you think? Did you like it? Can you make some suggestions? For those who have travelled to India please use the comments box below to provide your 2 paise worth of input. For others just let me know your thoughts, it’s the least you can do ; )

Coming soon will be a summarised update of where I’ve been since Mumbai, and also a top 10 India list. 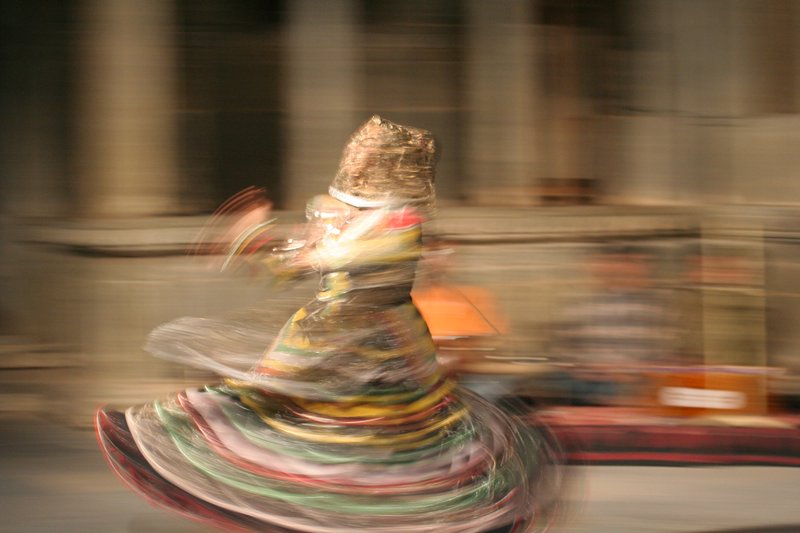